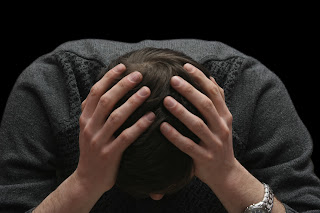 I have just realised that I only began blogging about my journey with cancer since the diagnosis. There was a period of time while I was waiting for the diagnosis where God did some pretty amazing things and in a way prepared me to cope with what was to come. So I think I will tell you about it here - just so you can see the whole picture, including the snot and tears!

On Friday 29th April 2016, I was preparing to go away for the long Bank Holiday weekend. I am involved in a fantastic worship and prayer event that runs for 60 hours non-stop over this Bank Holiday. It is called 'The Pursuit'. I had an early morning slot to play at from 3-5am on the Sunday morning. So I was packing bags and guitars, loading up books and CDs to take to the event as well as checking postcodes for the Satnav and petrol in the car. An appointment had been made for me to see a consultant that morning at the nearby hospital in King's Lynn as my GP had only recently referred me.

My wife and I went to see the consultant. I was not particularly worried as the GP had only found the one lump that was in my left arm pit (the one I went in to see him about) and he had done a pretty good job of reassuring me whilst at the same time wanting to find out more 'just to be safe'. When we saw the consultant things suddenly took on an unexpected more serious tone. She found several other lumps: some in the groin area and a few smaller ones in my other arm pit and my neck area. Suddenly things became a bit more scary and the possibility of the worst case scenario swung sharply into focus. This could be cancer! I could die! - I was quickly booked in for a biopsy in order to arrive at a definite diagnosis the following week.

We both decided that I would continue with my weekend plans and go to The Pursuit that afternoon. Besides I was feeling fine (as I had done all up until then). The weekend took on a different focus for me from this point. Instead of me going to minster to others (which I still did) things swung internal and it was a valuable time where I could just crumble and collapse in God's presence in order to try to make sense of all this.

The times of singing were very powerful and often saw me in a heap curled up on the floor of the tent sobbing and crying out to God - for healing - for life - for salvation from death! Sometimes the words would choke me and I couldn't speak at all. I had to take extra water bottles into the tent to keep me hydrated as I was crying so much.

During this time, I got the sense that God was giving me strength as I waited on Him. He showed me a few things such as: I have already give Him my life, so my body belongs to Him too - it is part of the package! So ultimately it is up to Him if He heals me or not. It is out of my control. I am in His hands - and I am safe there no matter what happens.

I also came face to face with the idea of dying. It was in God's presence where I discovered that I am actually not that afraid of death. If He calls me home, I will go willingly and gladly. However this does leave a lot of other things that do hurt - a lot! Such as, I am a young guy (I know that is a matter of opinion - but I am only 36) and I don't believe God has finished with me yet! There is still more for me to do for Him on this earth. The pain of missing seeing my children grow up, the thought of missing the birth of my second child as well as all the other life events and milestones along the way. Missing my wife and leaving her to cope with everything if I was to go. All of this hurts - and it still does!

I was also prompted to finish some of the things I had started. For example, a book I had almost finished writing but had been neglected for a few years. A couple of new songs I need to make demos of and put up on the internet. Time is precious and time is short. Procrastination is not helpful. I also got a sense during one of the sermons that God is going to use this time to accelerate things for me and my ministry. To move things along with a supernatural speed. The time has come.

During the last morning of The Pursuit I believe God told me my diagnosis. This was a few days before the doctors confirmed it. During the last meeting a prophetic song was sung and in a funny twist of events the words from the children's book 'We're Going On A Bear Hunt' were sung: 'You can't go over it, you can't go round it, you've got to go through it!' For me, God was confirming my fears, that I indeed had cancer and I would just have to hold tightly onto Him in order to get through it. But get through it I will! I am going on my own bear hunt - I'm hunting down the wild, untameable, awesome presence of God. I'm going to catch a big one! I'm not scared! What a beautiful day! This adventure is going to be full of hardship, pain and risk but the eternal glory will far outweigh the temporary suffering I may experience.

The main thing that I have come to realise is that God is with me no matter what life may bring. God is with me and God is in control. God is bigger than my fears. God is stronger than cancer. God is God and if He is for me, then who can be against me? I trust God for healing. I trust God for victory, but I do not presume to know His plan. Even if I die, God is good and God is in control. God is on the throne!

Once I had realised this, God filled me with such an inner peace many people mistake it for bravery or courage. I see it as surrender. I am weak. I am not strong. But Jesus is. He is my strength, He is my source. He is my everything - He has to be because there is no way that I can do it on my own!


2 Corinthians 12:9-10
But he said to me, "My grace is sufficient for you, for my power is made perfect in weakness." Therefore I will boast all the more gladly about my weaknesses, so that Christ's power may rest on me. That is why, for Christ's sake, I delight in weaknesses, in insults, in hardships, in persecutions, in difficulties. For when I am weak, then I am strong. 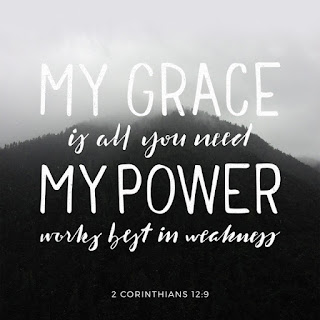 I always love reading the comments and thoughts of others. Please leave your comment in the section below. Thanks.

Popular posts from this blog

It's been a while since we shared about our belvoed daughter Katrina and the unexplained lumps we found.

A couple of weeks ago we went to see the consultant at the hospital. She examined Katrina and found the lumps too. However she was not overly concerned as apparently children's bodies work differently to adults. Glands swell for a number of reasons and take time to subside. With Katrina having cold after cold and stomach bugs etc. it is possible that they are inflamed for that reason.

She did find it strange that they were inflamed not only in the neck region but also in the groin so further investigations are taking place.

Katrina was booked in for a comprehensive blood test that will be looking for several possibilities. This happened yesterday as we had to wait for an appointment in the children's hospital as the normal pathlab doesn't take blood from under 5s. She was very brave.

At the original appointment the doctor also detected a heart murmur. So there and …
Read more 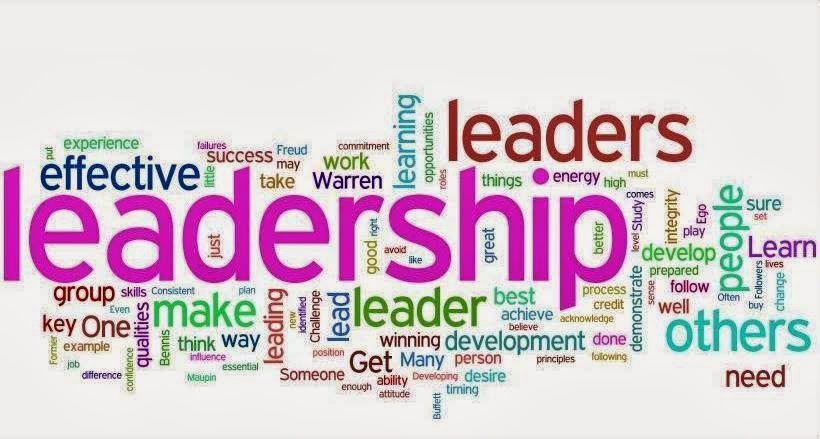 It was some years ago now that I listened to a sermon that has firmly placed itself within my mind and has grown to become one of the cornerstones to my attitude and lifestyle of leadership. In the sermon, the preacher was referring to how we should approach living our Christian lives, but it applies itself equally well to leadership. The acronym F.A.T. was used to highlight 3 key points:

F - Faithful Faithfulness can manifest itself in many different ways. Are we faithful to our church and its leaders? Do we contradict any gossip we may hear going on? Do we faithfully attend church functions even when we don't feel like doing so sometimes? Are we faithful to the people we lead? Do we turn up to band practise on time / turn up to help set up the room before a meeting? Do we model the behaviour, dedication and commitment we would like to see in others?

Most importantly, are we faithful to God? Do we have a secret lifestyle or habit that contradicts our Christian faith? Will this, …
Read more