Showing posts from December, 2013
Show All

Worship Leaders: Custodians of the Ancient and the Modern

﻿
On Friday I had a fantastic evening courtesy of the KingsStock Music Festival who hosted a wonderful Christmas Party complete with mulled wine, mince pies, a choir and the fabulous Daughters of Davis.

Part of the Daughters of Davis set was to sing the ancient hymn 'Amazing Grace' that they had re-imagined and interpreted in their own special way. The song sits nicely amongst their other songs and emboides their unique folky sound. Have a watch of the video I made of their performance above.

As worship leaders we need to realise that we are custodians of the ancient wealth of worship music that has been created and sung within the Christian church for thousands of years, as well as balancing it with the modern. We need to keep ourselves standing firmly in the present, seeking to connect and engage with people who live in today's world and culture. But we need to do this with a sure understanding of where the church has come from. Identifying and celebrating the history o…
1 comment
Read more 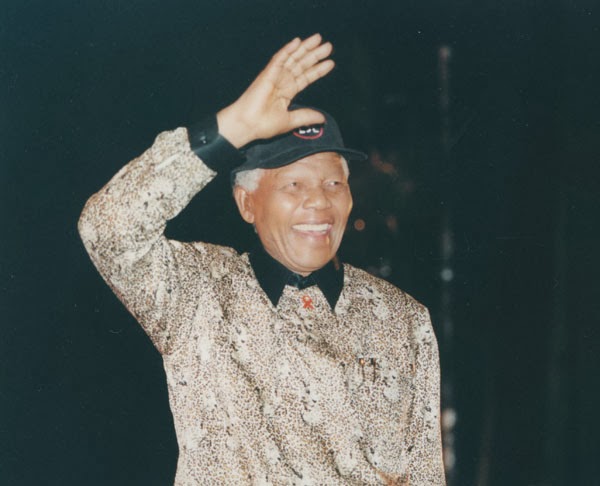 I'm sure by now the news that Nelson Mandela, former President of South Africa, died this week. I must admit I was quite relieved to hear the news as Mandela has been in and out of hospital for months now, and in a very poor state of health. At least he is now at peace.

Being born and brought up in the neighbouring country of Zimbabwe, I heard quite a lot about Nelson Mandela and was also able to observe the effect he had on a nation and the world from fairly close-up. I have also visited Robben Island, the historic prison where Nelson Mandela and hundreds of other political prisoners were held during South Africa's dark days of racial apartheid.

Some still view him as a terrorist fighter. Some hold him in almost god-like esteem. However, I believe we need to look at the fruit of something in order to determine it's roots. If we want to discover the roots of who Nelson Mandela was as a man we should look at the fruit of his life.